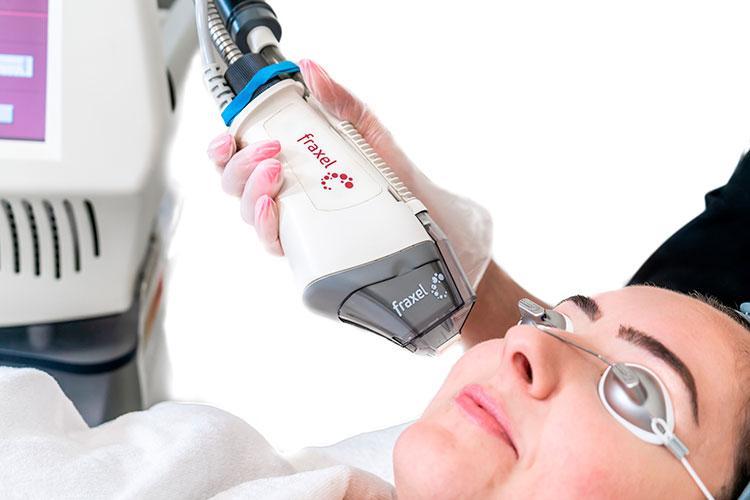 Hi everyone! Today I’d like to take some time to talk to you about my experience with Fraxel Dual laser treatment for a scar on my neck which is from thyroid removal surgery. Back in 2014 my doctor had discovered a lump on the right side of my neck. They were unable to determine exactly what the lump was through ultrasound and biopsy, so ultimately I had to have the right lobe of my thyroid removed surgically. I’m happy to say that the lump was benign, but unfortunately they did find a tiny speck of cancer within that lobe. Lucky for me the treatment for the cancer was the removal of the lobe, no radiation or chemo therapy, yay!

After my surgery I was left with a scar on my neck that was very visible and unsightly. 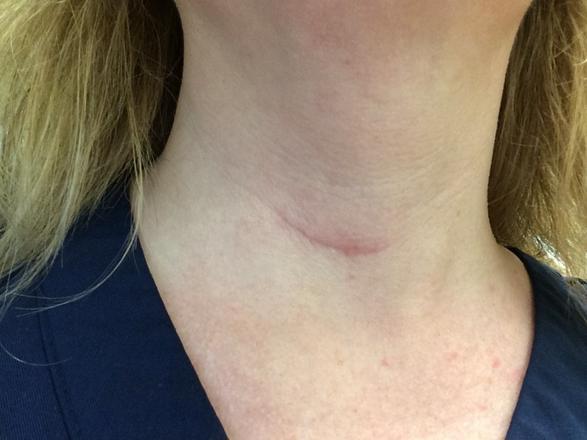 I just so happen to work with one of the best dermatologists in Minnesota, her name is Dr. Holly Hanson with Associated Skin Care Specialists in Eden Prairie and Maple Grove, Minnesota. Of course Dr. Hanson did not want to look at the scar on my neck every day so she said to me “We need to fraxel that scar immediately.” Guess what! That is exactly what we did. The first treatment that I had with the fraxel laser we did not use any numbing gel and I would say that it felt prickly at first then hot and it burned for maybe a couple hours. It looked red and slightly raised but by the time I went to bed that night it was mildly pink. 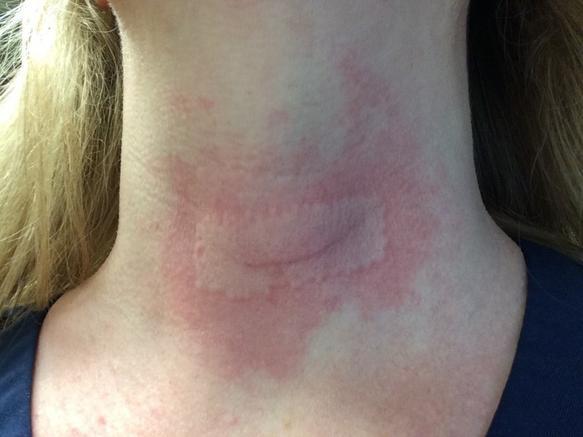 The second treatment with the Fraxel laser we did use the numbing gel and I would have to say but it did make it more comfortable but I could still feel the prickliness in the heat. I had a total of three treatments and today people cannot even believe I had a surgical scar on my neck. 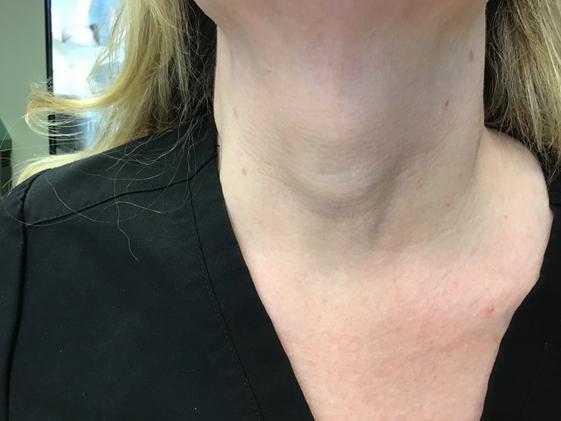 The way that the Fraxel laser helps remodel scars is by making tiny microscopic holes into the dermis of the skin and when your skin begins to heal it heals over smoother and helps it to build collagen. If you have any scars and areas that are visible or even if you just don’t like the look of the scar anywhere on your body it would be a good idea to look into the Fraxel laser treatment for them as I would have to say I am very glad that I had mine. One thing to consider is with any scar the earlier you do it the better, if a scar has been present for many years the results will not be as good as if you were able to treat it when the scar is actually developing. 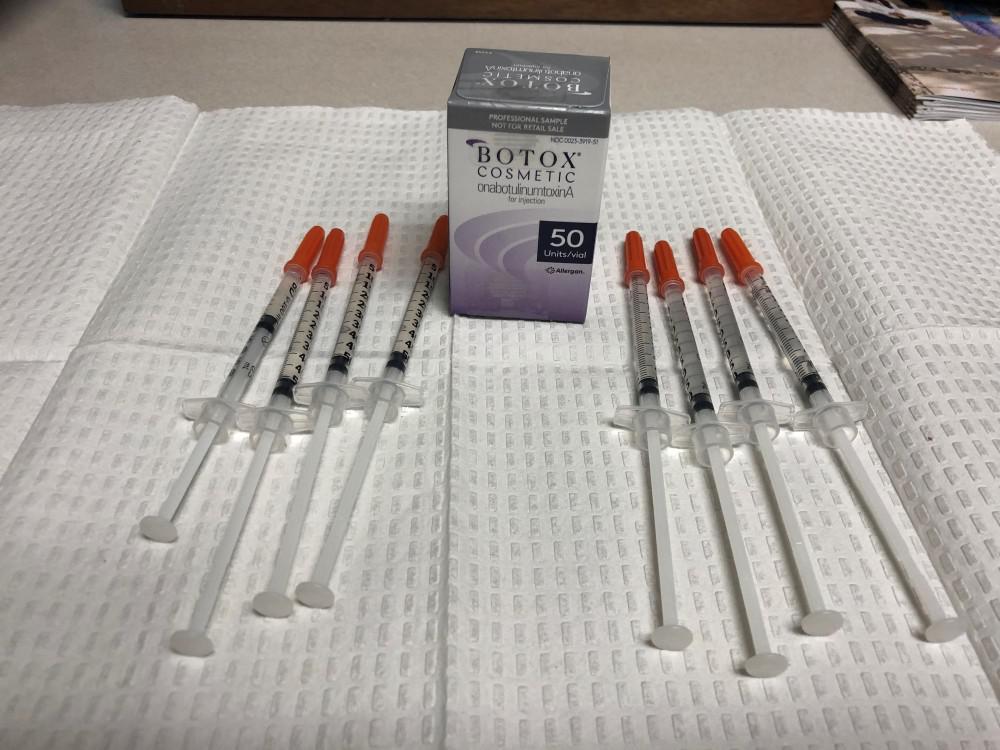 What should I know before getting Botox?

So, you're thinking about getting Botox for the first time? In this blog, Dr. Hanson will review what to expect from Botox treatments, potential pitfalls and how to avoid them as well as tips for getting the best possible cosmetic treatment. 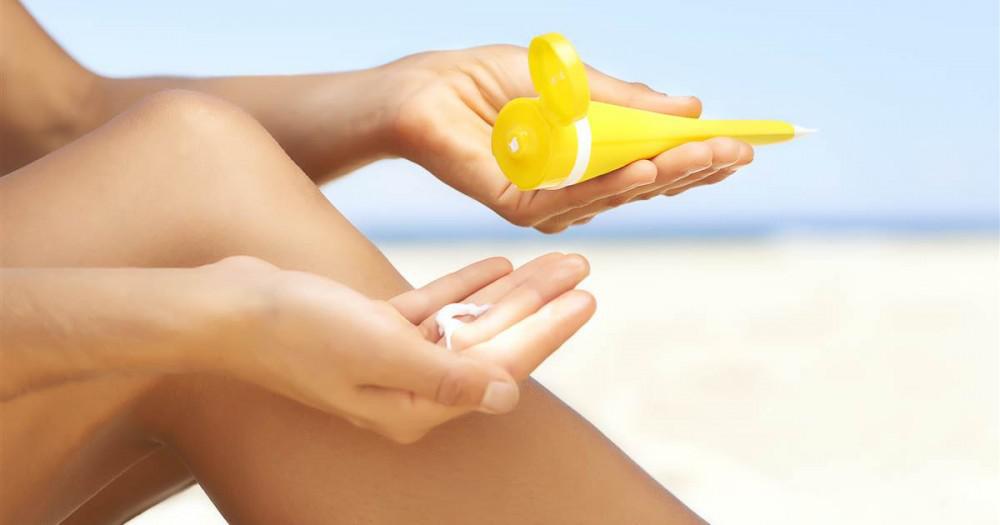 How do I protect myself and my family from the sun?

Dr. Hanson reviews the reasons behind sun protection and sunscreen. She goes over recommendations for sun protection including what type of sunscreen to use, how often to apply and how much to apply. 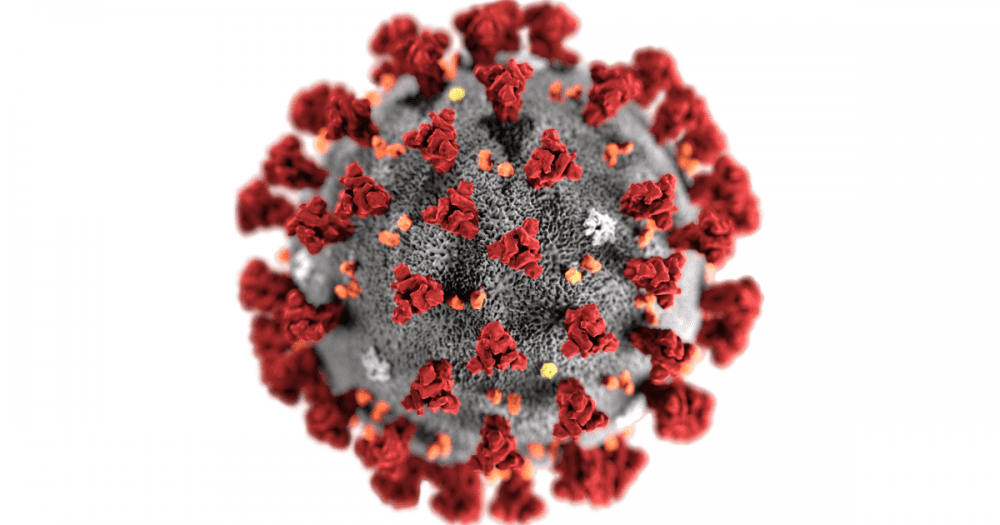 Here are the changes we are making to our office to keep our patients and staff safe and healthy! 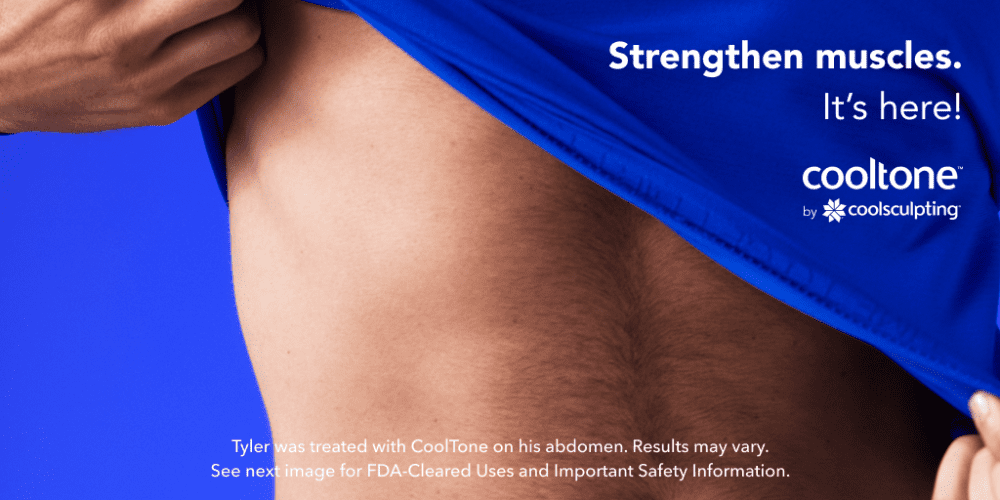 Starting in the New Year, I am proud to offer the newest option in body contouring! Get excited to meet CoolTone by Coolsculpting! CoolTone is FDA cleared to firm, tone and strengthen muscles in the abdomen, thighs and buttocks. 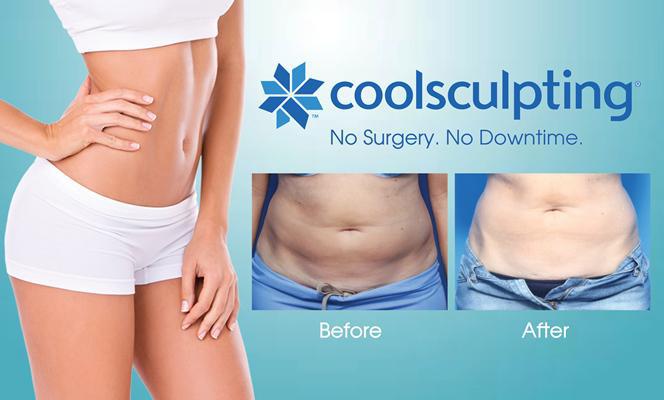 We will be offering complimentary coolsculpting consultations at my Eden Prairie office on Tuesday, November 19th from 10am-12pm. Call 952-934-7336 to RSVP 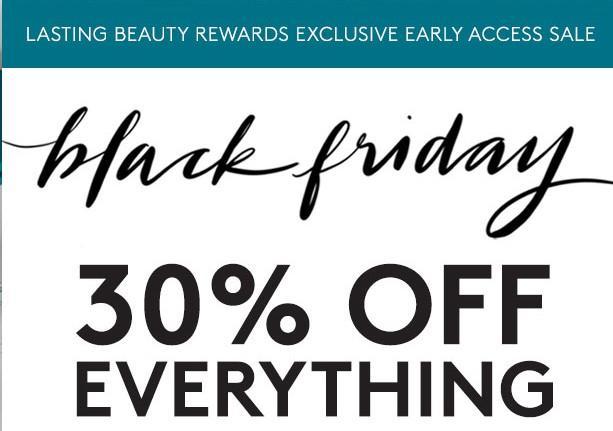 Visit my office between November 18th and December 2nd, 2019 and receive 30% off all Colorescience products!