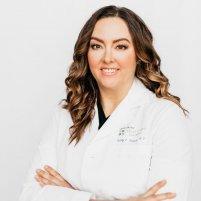 Struggling with the frustration of stubborn fat deposits but don’t want to suffer through invasive surgery? CoolSculpting®, the world’s top non invasive fat-reduction treatment, can help. Expert dermatologist Holly Hanson, MD, helps patients eliminate belly bulge and other stubborn fat deposits at her offices in Eden Prairie, and Maple Grove, Minnesota. Use the online appointment scheduler or call to make an appointment in the Minneapolis Twin Cities area today.

CoolSculpting® is an FDA-cleared non-surgical fat-freezing treatment. This treatment is ideal for resistant fat deposits that won’t go away, even after diet and exercise. Fat destroyed during CoolSculpting® treatment won’t return because the fat cells are frozen and then die. For this reason, CoolSculpting® is considered a permanent fat-reduction treatment.

CoolSculpting® reduces fat in areas like your double chin, abdomen, thighs, hips, and back. If you’re concerned about fat in another part of your body, ask Dr. Hanson if CoolSculpting can work there, too.

How does CoolSculpting® work?

You’ll sit or lie down comfortably for the treatment. Dr. Hanson situates a gel pad and the CoolSculpting® machine above your fat deposits. She has two CoolSculpting® dual machines that can work simultaneously to treat two different areas at one time.

As treatment starts, the CoolSculpting® device sends carefully controlled cold directly to your buried fat cells. This freezes your fat cells, prompting crystallization and then death. Over time, your body eliminates the fat cell remnants naturally.

You may notice intense cold at first, but that quickly turns into numbness. Most patients tolerate CoolSculpting® very well. During your treatment, you can read, browse on your phone, watch TV, or even nap.

How long is treatment, and how many sessions do I need?

CoolSculpting® takes less than an hour per treatment. It can take as little as half an hour if you opt for “dual sculpting” with both CoolSculpting® machines at one time.

Most patients are pleased with their results after one treatment session. However, you may want to freeze away even more fat cells in another CoolSculpting® treatment. Dr. Hanson can help you make a treatment plan that meets your goals.

When will I see the results from CoolSculpting?

You'll flush away the destroyed fat cells in your urine over the weeks and months ahead. You may notice fat reduction after as little as three weeks, but the ultimate results happen after around two months. You'll continue to flush away fat cells for as long as six months after your CoolSculpting® treatment.

Use the online appointment tool to schedule now, or call the office of Holly Hanson, MD, today.